A Palace for a day

Camille Oostwegel sr. shares his most precious memory of the 1991 Euro Summit

“December 9th, 1991: I remember the day like yesterday. At Château Neercanne, Queen Beatrix received French President Mitterrand and the other heads of government of the European Council. An important historical moment, because the 'Euro Summit' laid the foundation for the Maastricht Treaty, which served to establish the European Union and introduced the Euro as our common currency.

Queen Beatrix expressed the wish to make Neercanne her palace for a day. The meaning of those words quickly became clear. Her Majesty brought everything she needed: her tables, chairs, cutlery, the Anna Paulowna tableware… all to the silver polishers and liveries. Even the cheese cubes with pineapple came from the court. We were only allowed to cook, not even serve. Still, I cherish the memory. Especially the one of how we were able to get her Majesty the Queen, President Mitterrand and all the ministers to sign the wall of our caves.” 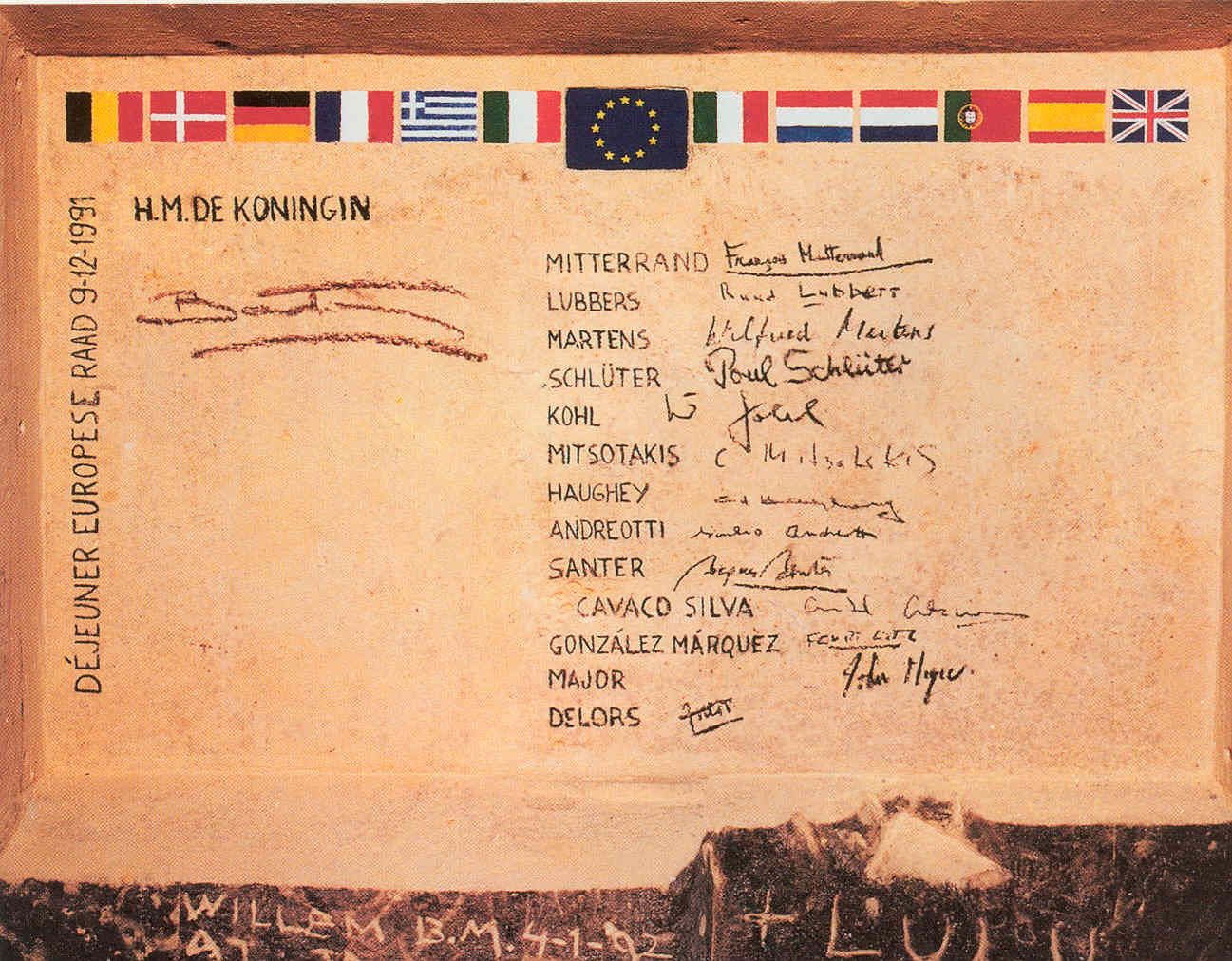 “It is an old tradition to engrave your name on a cave wall. Napoleon put his on the wall of the limestone quarry at St. Pietersberg in Maastricht. Everybody does it, using a pen or their keys. So when her Majesty the Queen, President Mitterrand, and the other heads of government of the European Council visited Château Neercanne for the 1991 Euro Summit, I hoped they would sign ours.

It was not allowed. There was the marshal, the grandmaster of the court, the master of ceremonies, all keeping an eye on the script and the tight schedule. Still, we prepared everything. An artist put all the names on our wall. We got the orange crayon, used by Queen Emma, Queen Juliana, and Queen Wilhelmina, ready for Queen Beatrix. For President Mitterrand and all the ministers, we prepared charcoal chalks, all with small flags from their respective countries.

‘Give it a go’, mister Froideville, the master of ceremonies, said, although it was not in the script. A few minutes before the Queen and her companions would arrive, he noticed that President Mitterrand’s name was misspelled. Someone suggested flying in the artist, but it was too late, so we hurried to get a butcher’s knife from the kitchen, scratched away half the name, and replaced it with the right one. To this day, the signatures of her Majesty the Queen, President Mitterrand, and all the ministers adorn the wall of our cave."

Camille Oostwegel Sr. headed the present Oostwegel Collection for 40 years. He was succeeded by his eldest son and namesake Camille Oostwegel. In his book, ‘Alles moet bevochten worden. Van eenmanszaak naar familiebedrijf’ (Everything must be fought for. From sole proprietorship to family business), we meet the family and learn about the struggles they had to overcome to realise their dreams and ambitions.

'Alles moet bevochten worden. Van eenmanszaak naar familiebedrijf’ is available for purchase in bookstores, on property and via the online shop. 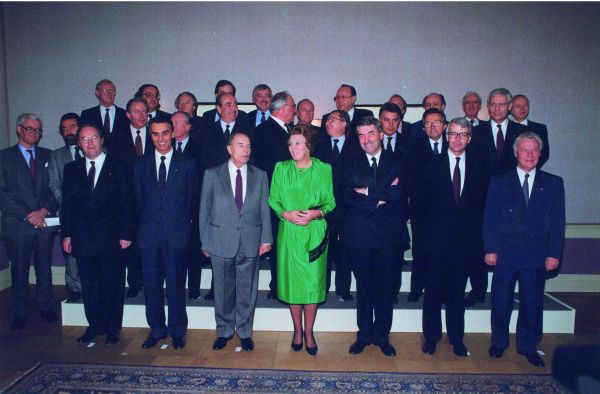 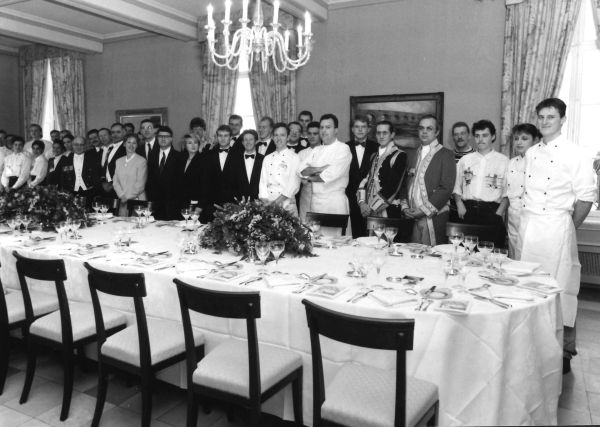 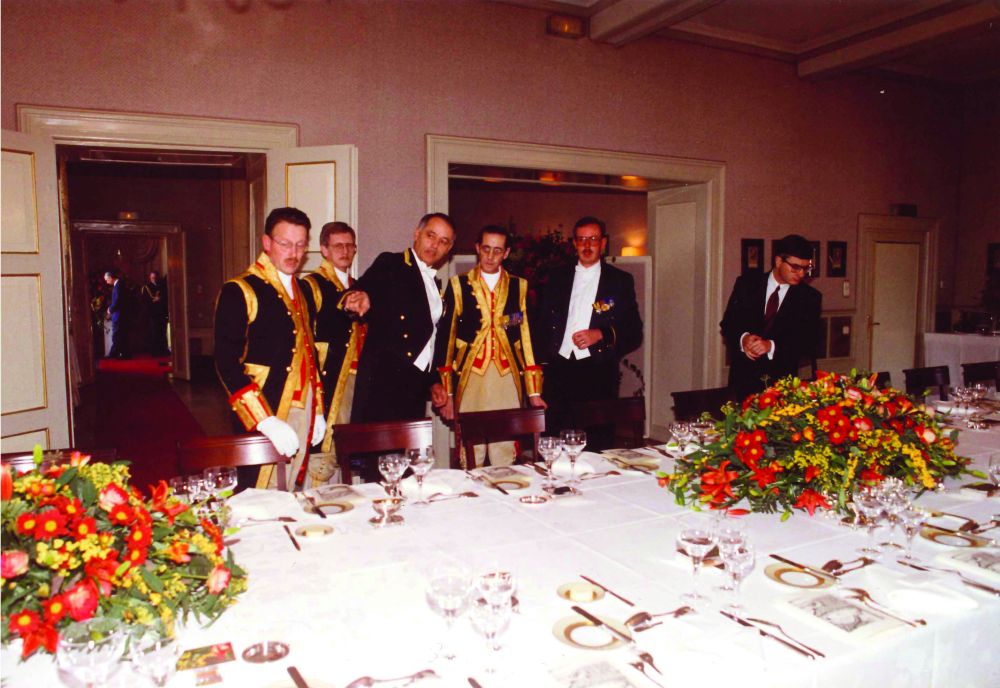 Ones to watch: Brightlands

Ones to watch: Brightlands 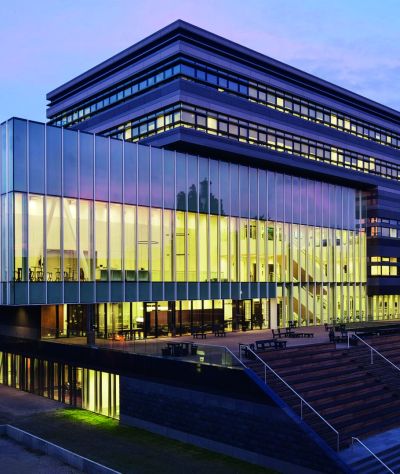 Read
Tomorrow is a bright day 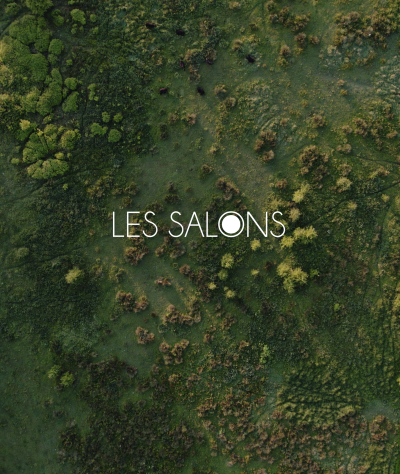 Watch
Discover the story behind the new 'Les Salons'.
All Articles

Where memories are made